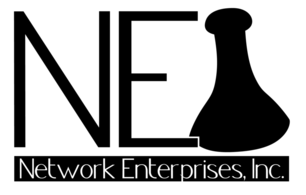 In 1979, the State of Hawaii lacked employment-oriented vocational rehabilitation programs for persons with mental illnesses. The public and private sectors provided only basic daycare treatment. The State, the Mental Health Association of Hawaii (a mental health and advocacy organization), and The House (a private non-profit mental health care provider), sent a team to receive training at Fountain House, a New York organization that specialized in assisting people with mental illness to develop the skills necessary to enter the workplace and earn wages, thus becoming productive members of society and increasing their self-esteem.

In 1981, the State partnered with The House to create a program in Hawaii similar to Fountain House called Network. The program's emphasis in the early stages was to "graduate" the participants from therapeutic simulated work situations to actual job placement. In 1983, The House's Board of Directors decided to make Network a separate corporation, since The House's primary goal was to provide residential treatment of the mentally ill. Network’s primary goal on the other hand was to get people out of residential treatment and into the workforce. Network remained under the auspices of The House, but had a separate Board of Directors. In 1984, Network created a maintenance division for the purpose of providing in-house employment and training opportunities for its clients. This enabled Network’s clients to gain valuable real-world work experience and compensation, increasing the chances for a successful transition to competitive employment status.

Network became its own entity in 1985 when it was incorporated as Network Enterprises, Inc., under the leadership of founder, the late Roland Talbot. Services were expanded to all types of persons with disabilities including persons living with mental illness, the physically disabled, developmentally disabled, substance abusers and dual diagnosis cases (e.g. mentally ill substance abusers). The company's primary mission remained the same: to assist people in building and enhancing self-esteem and self-confidence and to motivate them to obtain and maintain successful, competitive employment.

Due to the success of its programs, in the mid-1990s, the company again expanded its target population; this time to include socially and economically disadvantaged individuals. Network Enterprises, Inc. also began to supplement its State of Hawaii contracts with Federal Government grants and programs, including the U.S. AbilityOne Program, a program that provides employment opportunities to those with significant disabilities. Two of Network Enterprises, Inc.’s longest-running AbilityOne contracts include shelf stocking and custodial services at the Hickam Commissary and the Hickam Medical Clinic.

In 1995, Network Enterprises, Inc. contracted with Maui County to design and construct an affordable housing project at Makawao Highlands, consisting of 22 single-family homes. The Makawao Highlands Project received national recognition for Network Enterprises, Inc. in the form of a Best Practices Award from the Department of Housing and Urban Development, a Project of the Month award from the Associated Builders and Contractors, and personal acknowledgement from the Secretary of the U.S. Department of Agriculture.

In the first decade of the twenty-first century, Network Enterprises, Inc. began to find new ways to expand the services it provides to the community. In 2000, the company received a federal grant to help Hawaii defray the cost of reintegrating homeless and jobless veterans on Oahu.  Although veterans represented only 10 percent of the total population, they make up 35 percent of Oahu's approximately 8,000 homeless people.  The Homeless Veterans Reintegration Project, administered by the Federal Department of Labor, awarded Network Enterprises, Inc. a two-year grant to conduct a program involving outreach, assessment, job development, job placement and location into permanent housing of Oahu homeless veterans. In 2002, Network Enterprises, Inc., received an exemplary service provider award from the Labor Department in recognition of its outstanding work in the program. In 2007, through a contact with the State Office of Community Services, Network Enterprises, Inc. expanded services to include low-income individuals. In 2009, services for persons with severe disabilities were also expanded through a contract with the Social Security Administration.

In 2013, a new State of Hawaii vocational rehabilitation program called VWATS (Vocational and Work Adjustment Training Services) was launched, which provides clients referred by the State a way to achieve meaningful employment consistent with their strengths, resources, priorities, concerns, abilities, capabilities, interest and informed choices. Network Enterprises Inc. was an early innovator and helped to pilot the test program, leading in part to its success.

Network Enterprises, Inc. is again innovating and expanding its services. In 2015, the Board of Directors appointed James “Kimo” Cuizon, an accomplished disabled athlete, to lead the organization, now commonly referred to as NEI. James is overseeing the next chapter in NEI’s history. The Poi Pounder in NEI’s new logo represents the correlation of work and reward and symbolizes the mission of NEI. Since joining Network Enterprises, Inc. James has led the expansion of NEI’s in-house document-scanning program, expanded its training programs to include computer skills and financial success training, and has secured additional contracts.

NEI employs over 70 disabled and non-disabled individuals and offers a seamless continuum of vocational rehabilitation services. NEI continues to operate as a U.S. AbilityOne contractor, responsible for the care of over 100 buildings on Joint Base Pearl Harbor-Hickam, Hickam Commissary, Hickam Medical Clinic and the NCTAMS PAC Naval base.Type your paragraph here.